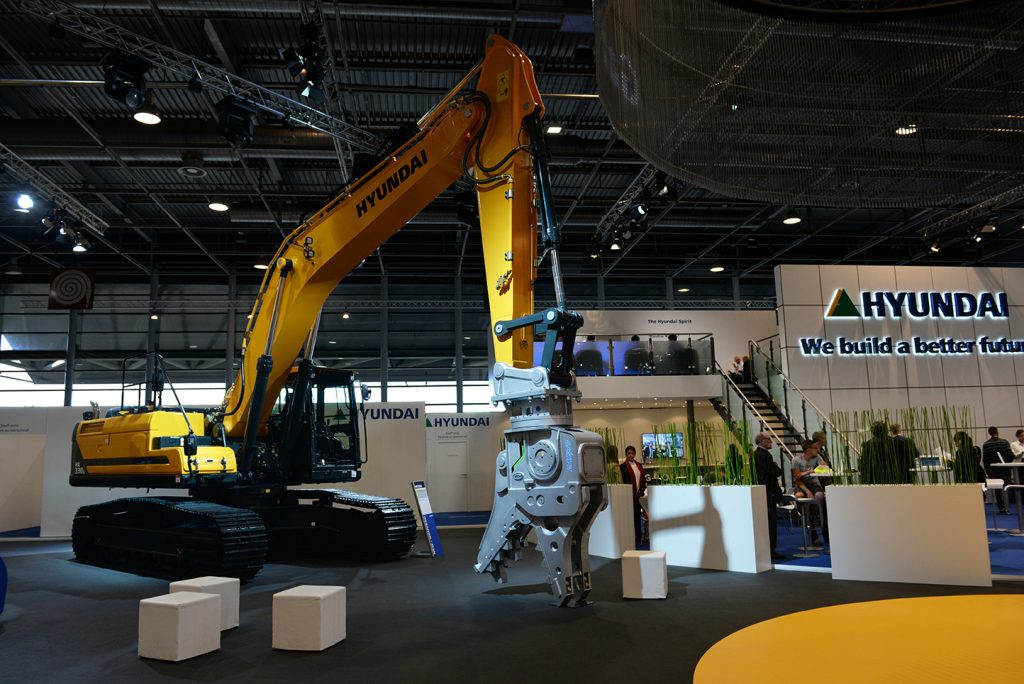 Walbert-Schmitz built a 3220m² exhibition stand for Hyundai Heavy Industries Europe at the InterMAT 2015, which is one of the world’s largest trade fairs in the construction industry. Hyundai used this opportunity to unveil 10 new machines as world-premieres of the 20 presented at the exhibition.

From 20th to 25th of April 2015 Hyundai presented a wide variety of products at the Parc des Expositions in Northeastern Paris. Among the products exhibited at the fair there were machines for recycling and waste treatment, for forestry and logging, for mining and quarrying, industrial equipment and construction machinery. The open design of the stand offered sufficient space to invite visitors to discover and experience the large-scale exhibits. The concept was complemented with a catering area, a shop and an additional floor for meetings in a more private atmosphere.

The stand architecture had predominantly round shapes to compensate for the sharp and massive forms of the large machines. The Large LED curtains acted as ceiling rotundas and served as media support conveying striking messages across the entire stand.