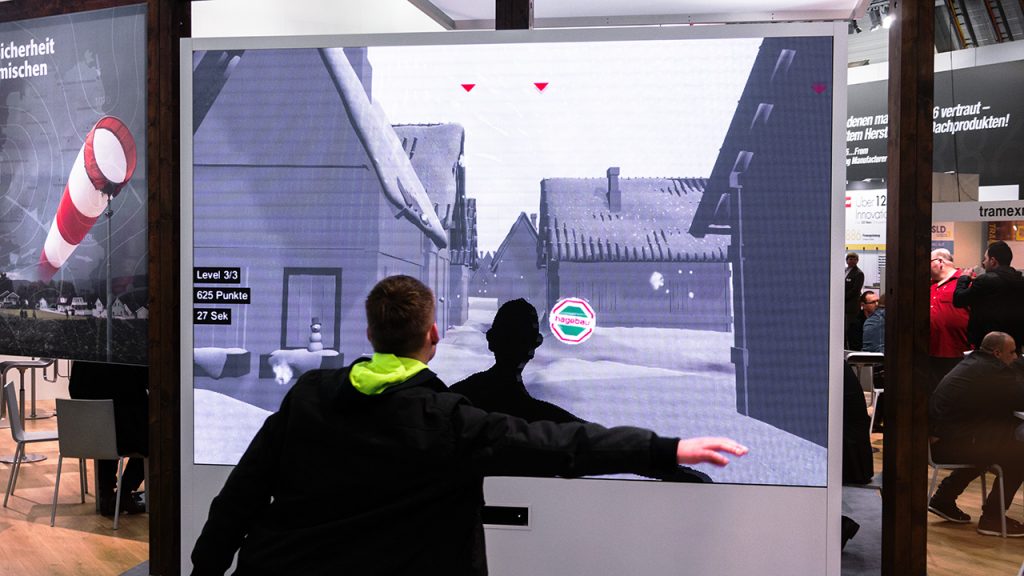 For the fourth consecutive year Walbert-Schmitz designed and built the booth for hagebau at DACH+HOLZ. This year the booth had a special attraction, a game designed exclusively for hagebau. The motion-based game was displayed on a 3 meter wide LED-wall that was placed next to the entrance. It was an attention grabber for all passersby. The official blog of DACH+HOLZ also reported on the game: link.

The game had 3 levels: snow, rain and wind protection. Each level had animated 3D backgrounds and product-related objects, which the player had to avoid. The gameplay is very intuitive. The player has to avoid the custom objects, whether they be falling roof tiles, snow or water and collect hagebau logos. A leaderboard increased the motivation to achieve a high score. After completing the third level a short product film was played. The 182 square stand had a catering area with a breakfast bar and offered enough space for private conversations and for networking with hagebau partners. Various products, partner logos, translucent cloth banners, brochures and digital information terminals were integrated into the stand architecture.