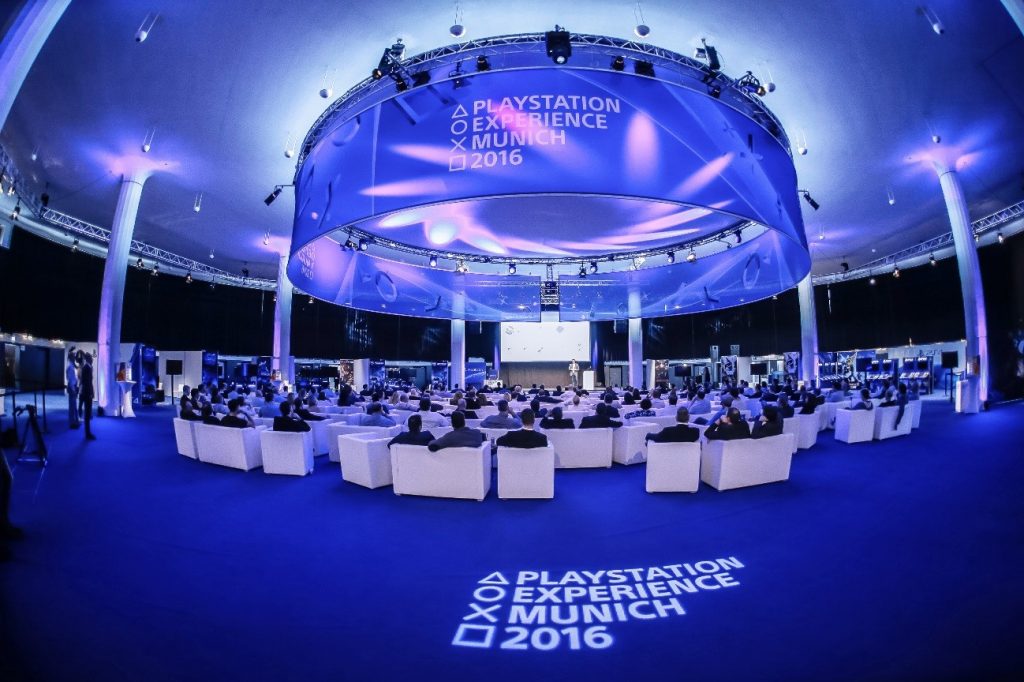 Sony PlayStation organized the exclusive event PlayStation Experience for the second time. The highlights of the coming year were presented to about 600 invited guests from press, trade and the PlayStation community. The PlayStation Experience 2016 took place in the Munich Post Palace, an important venue in the city center. The 3000 m² rotunda was built almost 100 years ago to the left of the river Isar and is of historical as well as architectural relevance. In the interior of the building a blue atmosphere was created which corresponded well with PlayStation’s corporate design. The semitransparent round banner at the ceiling and the right lighting were used to achieve this effect. PlayStation presented their own titles and latest technologies. The third-party publishers such as Disney, 2K, Bandai Namco, Epic, Koch Media, Konami and WarnerBros also presented their games.

The entire infrastructure for the event was built within one day in cooperation with catering services, technology providers and other agencies.

Video about the event from the Inside PlayStation Team:
https://www.youtube.com/watch?v=pWzfJBnopA4